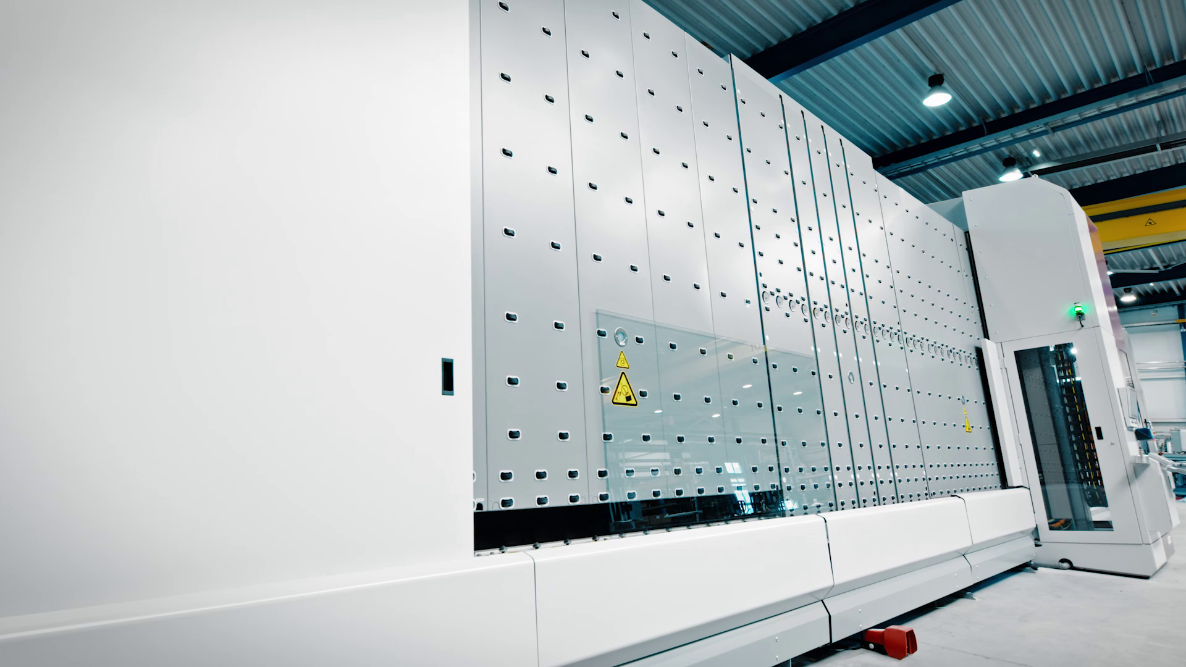 FLAT GLASS CAN BE PROCESSED FASTER WITH FEWER RESOURCES 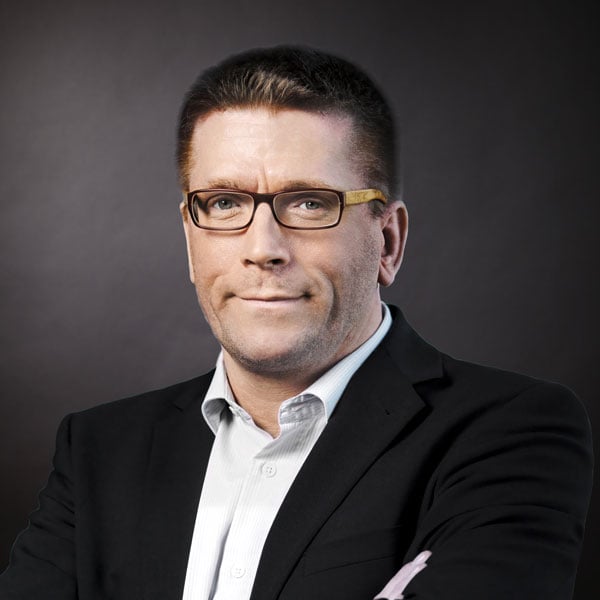 There is a real alternative to the traditional production and processing of flat glass in production lines with various stations: the integrated production line. A comparison shows that this method of production enables a wide range of resource and cost savings.

Glass is a particularly sensitive material. Despite all automation efforts, transport from one processing station to the next is still accompanied by high labour and time requirements. This repeatedly leads to damage or the destruction of workpieces. The SplitFin system from LiSEC shows that there is another way. This is a configurable production line that integrates all required processing stations.

On the traditional production line, each individual processing station first needs its own operating personnel. The transport of glass products from one station to the next requires even more labour. If there is still a change between horizontal and vertical processing, this incurs additional effort. Sometimes several tons of material must be moved per day. It is becoming increasingly difficult to find employees for this physically demanding job.

The situation on the integrated production line is quite different. It only needs to be loaded at the beginning and unloaded at the end. In between, transport takes place mechanically and automatically – i.e. without additional employees. Operating personnel are merely required for managing the system, and only in reduced numbers, since unlike on the production line operating personnel can flexibly oversee several processing steps here.

Conserving resources when it comes to electricity and water

If one compares the SplitFin system from LiSEC with other machines, it appears to have a higher power consumption. However, the greater nominal connected load is offset by a significantly higher throughput. When calculated for the individual product, energy consumption is therefore lower, or vice versa: With the same amount of electrical energy, the SplitFin line can produce more products.

In order to reduce the high water consumption of CNC processing, LiSEC offers a specially designed water treatment system, which can also be supplemented with a 1,200 L storage tank. The water is purified with the aid of a flocculant and the resulting sludge is separated. The filtration system supplies all relevant processing stations; external machines can also be connected to it.

For a long time in the production of flat glass, horizontal was regarded as the “natural” orientation of the sheets – even when there had long been machines that made it possible to process sheets set on edge. Since then, there has been a change in thinking in the industry, and more and more manufacturers are turning to vertical processing machines. This change alone has already created additional space in the factory hall, since vertical processing takes up less floor space.

However, even under these circumstances, individual, separately arranged processing stations still occupy an unnecessary amount of space because additional measures are required to organise the production flow. These include, for example, material buffers and associated robots that can compensate for differences in the throughput times of the individual stations.

This is not necessary for a continuous production line as the continuous material flow is ensured by the integrated control system. The time-consuming handling of a production line is no longer necessary, thus higher cycle times are achieved and throughput times are reduced. At this point, the lower risk of transport damage must also be taken into account – a breakage that makes it necessary to restart an order not only costs money because of the material lost, but also has a negative effect on the processing time.

As an additional advantage, the SplitFin system allows the optional use of a sorter. This can for example automatically optimise the sequence of pending work orders for glass cutting so that only a small amount of wastage is produced.

In view of the current healthy state of the construction industry, many glass manufacturers are faced with the task of expanding their capacities. Space-saving production lines allow a larger throughput on the same area. This is significantly cheaper than creating or renting additional production space at a high investment cost.

Not to forget the simpler operation of an integrated production system. The applications enable access to all relevant information from a central data store. The various processing steps are also controlled centrally. This not only reduces the need for personnel. The time and effort for training and educating individual employees is also lower.

As shown, the integrated line has advantages over a traditional production line in many different places. This is noticeable both in the short term, when the investment costs are compared with the possible contribution margin, and in the calculation of the total costs of operation over the entire life cycle (TCO).

The following sample calculation is based on a SplitFin basic machine which is to be used for the production of glass doors (2,000x1,000x10mm, polished edge, 2x Mickey Mouse, 2x handle bore). At full load with an assumed net operating time of just under 1450 hours per year (in 1-shift operation), around 32,000 doors can be produced on it, twice as many in 2-shift operation. This results in the following cost shares in the TCO calculation:

In absolute figures, there is a noticeable reduction in TCO unit costs. For 2-shift operation, this can be up to 50 percent lower than production on a traditional production line.

The calculation of the achievable contribution margin is, of course, strongly dependent on the prices that can be achieved in an intense competitive environment. If the value-added share of processing without material price and tempering is taken as the turnover, a clearly positive contribution margin is already achieved in the first year with 1-shift operation under the conditions mentioned above.

Whether for the necessary capacity expansion or in the context of an upcoming replacement investment for systems that have reached the end of their life cycle: a conversion of the production process to an integrated production line is worthwhile from both a strategic and a business point of view.

The lower consumption of resources can even today lead to decisive cost reductions. If possible developments for the ten-year depreciation period are taken into account, further increases or even surcharges are threatened, especially in the case of energy costs, in order to control CO2 emissions.

However, the higher degree of automation, which is accompanied by lower personnel costs, a decreasing risk of damage during internal transport and improved control options, also has a positive effect on the calculation. This is because the necessary investments pay for themselves in a manageable time.